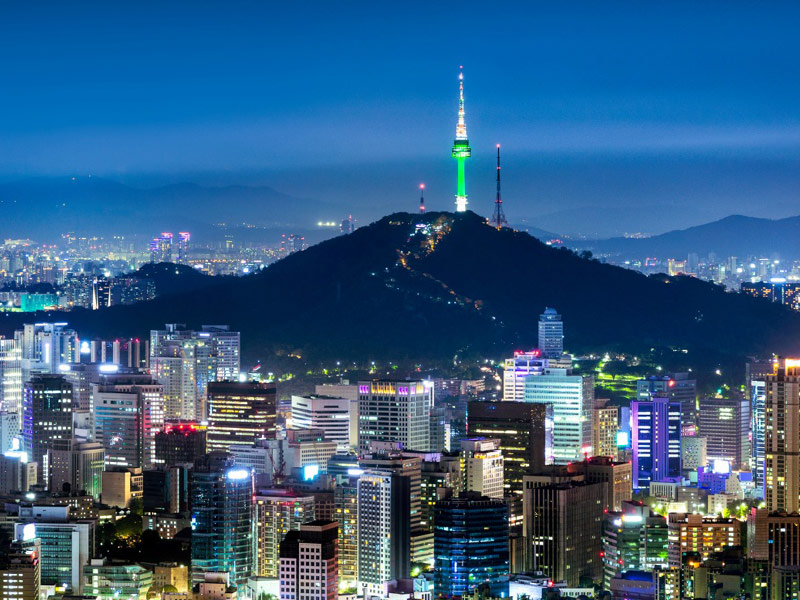 Japan is situated in northeastern Asia between the North Pacific Ocean and the Sea of Japan. In terms of size (377,835 square kilometres), Japan is nearly equivalent to Germany and Switzerland combined, or slightly smaller than the U.S. state of California. Japan consists of four major islands, surrounded by more than 4,000 smaller islands. The country’s topographical features include coastlines with varied scenery, towering, often volcanic mountains, forests, and valleys. The capital city is Tokyo.

The combination of Japan’s mountainous territory and the length of the archipelago results in a complex climate. Most of the country is located in the northern temperate zone, which yields four distinct seasons. In addition, there are significant climatic differences between Hokkaido in the north, which has short summers and lengthy winters with heavy snowfalls, and the southern islands, such as Okinawa in the south, which enjoy a subtropical climate. Japan’s topographical features include coastlines with varied scenery, towering often volcanic mountains, and twisted valleys that invite visitors into the mysterious world of nature.

Japan has been populated for at least 30,000 years. During the last ice age, Japan was connected to mainland Asia by a land bridge, which Stone Age hunters were able to walk across. When the ice age ended about 10,000 BC, Japan became a group of islands.

In 1603, after decades of civil warfare, the Tokugawa shogunate (a military-led, dynastic government) ushered in a long period of relative political stability and isolation from foreign influence. For more than two centuries, this policy enabled Japan to enjoy a flowering of its indigenous culture.

Japan opened its ports with the U.S. in 1854 and began to intensively modernise and industrialise. During the late 19th and early 20th centuries, Japan became a regional power that was able to defeat the forces of both China and Russia. It later occupied Korea and Formosa (Taiwan). In 1931–32 Japan occupied Manchuria, and in 1937 it launched a full-scale invasion of China. Japan attacked U.S. forces in 1941, triggering America’s entry into World War II, and soon occupied much of East and Southeast Asia. After its defeat in World War II, Japan recovered to become an economic power and an ally of the U.S.

Japan’s population is over 127 million. Japan is one of the most densely populated regions in the world, and most Japanese reside in urban areas. Japanese is the official language.

Shinto and Buddhism are Japan’s two major religions. They have been co-existing for several centuries and have even complemented each other to a certain degree. Most Japanese consider themselves Buddhist, Shintoist, or both. Harmony, order, and self-development are three of the most important values that underlie Japanese social interaction. Japan has made major contributions to the art world (including performance arts, literature, and film).

As much as Japanese are proud of their traditional culture, they are also embrace modernity. Japanese fashion, pop music, video games, cartoons and comic books (e.g., manga) are very avant-garde and often lead the world in new trends.

Japanese cuisine is renowned around the world for its freshness (e.g., sushi) and health benefits. The most popular sports are sumo, baseball, and football (soccer).

Today, measured on a purchasing power parity basis, Japan is the third-largest economy in the world after the U.S. and China. Only the U.S. has a higher GNP. It is the Asian leader in banking, retailing, telecommunications, stock exchange, and transportation. Main exports are cars, electronic devices, and computers, and main trading partners include China and the U.S., followed by South Korea, Taiwan, Hong Kong, Singapore, Thailand, and Germany. Japan ranked 12th of 178 countries in the World Bank’s Ease of Doing Business Index 2008. The currency is the Yen.

Japan has a parliamentary government with a constitutional monarchy. While the emperor retains his throne as a symbol of national unity, elected politicians hold actual decision-making power.

Japan is a relatively expensive place to study for international students. Living costs (especially in Tokyo) are notorious for being among the world’s highest. However, students living outside of central Tokyo who adjust to a Japanese lifestyle and do not depend too heavily on food and products from their home countries (and who don’t eat out too much) will find Japan much more affordable. The general cost of living and accommodation varies depending on where students choose to stay.

Education is taken seriously in Japan, and the education system is in fact credited as a major factor in Japan’s recovery after World War II.

All Japanese must attend elementary and lower-secondary (middle school) levels; most choose public schools at these levels. While they aren’t compelled to, almost all students progress to the upper-secondary (high school) level, which is voluntary; at this level, private schools become a more popular option (as they do at the post-secondary level as well).

There are about 765 universities in Japan, including national, public, and private ones. The best/popular national institutions are famously tough to get into. Applying for them entails two exams: a standard exam given by the National Center for University Entrance examinations and the university-specific exam administered by each school. Many students who do not get into the university of their choice wait till the following year to try again with the exams.

Recent years have also seen the ascendance of private educational institutes, many of which now rival national universities in prestige and popularity.

In 2008, the Government of Japan announced the “300,000 Foreign Students Plan,” which aims to more than double the number of foreign students in Japan (currently 120,000) by 2020, and to achieve a significant part of that increase in the next five years. Suffice it to say that the current climate in Japan is welcoming to students coming from other countries.

The entry procedures for non-Japanese citizens and the type of activities they can engage in are stipulated in detail by the Immigration-Control and Refugee-Recognition Act. The academic year in Japanese universities begins in April.

There are two types of Japanese language institutions for foreign students who wish to go on to a Japanese university for either undergraduate or post-graduate studies:

Foreign students need a student visa in order to study in Japan; they should check with the nearest Japanese embassy or consulate to find out what special arrangements their country has with Japan regarding visas that will affect length of stay and visa eligibility prerequisites. Visa applicants require an education institution as their sponsor in order to obtain a student visa. Student visa holders are not allowed to engage in any paid activities, unless they get the permission of the school and the immigration office. Even then, students may work only a set maximum number of hours per week. Working on a tourist visa is prohibited.